THÈSE ET CUISINE: THE NEW VIDEO SERIES OF THE MEC 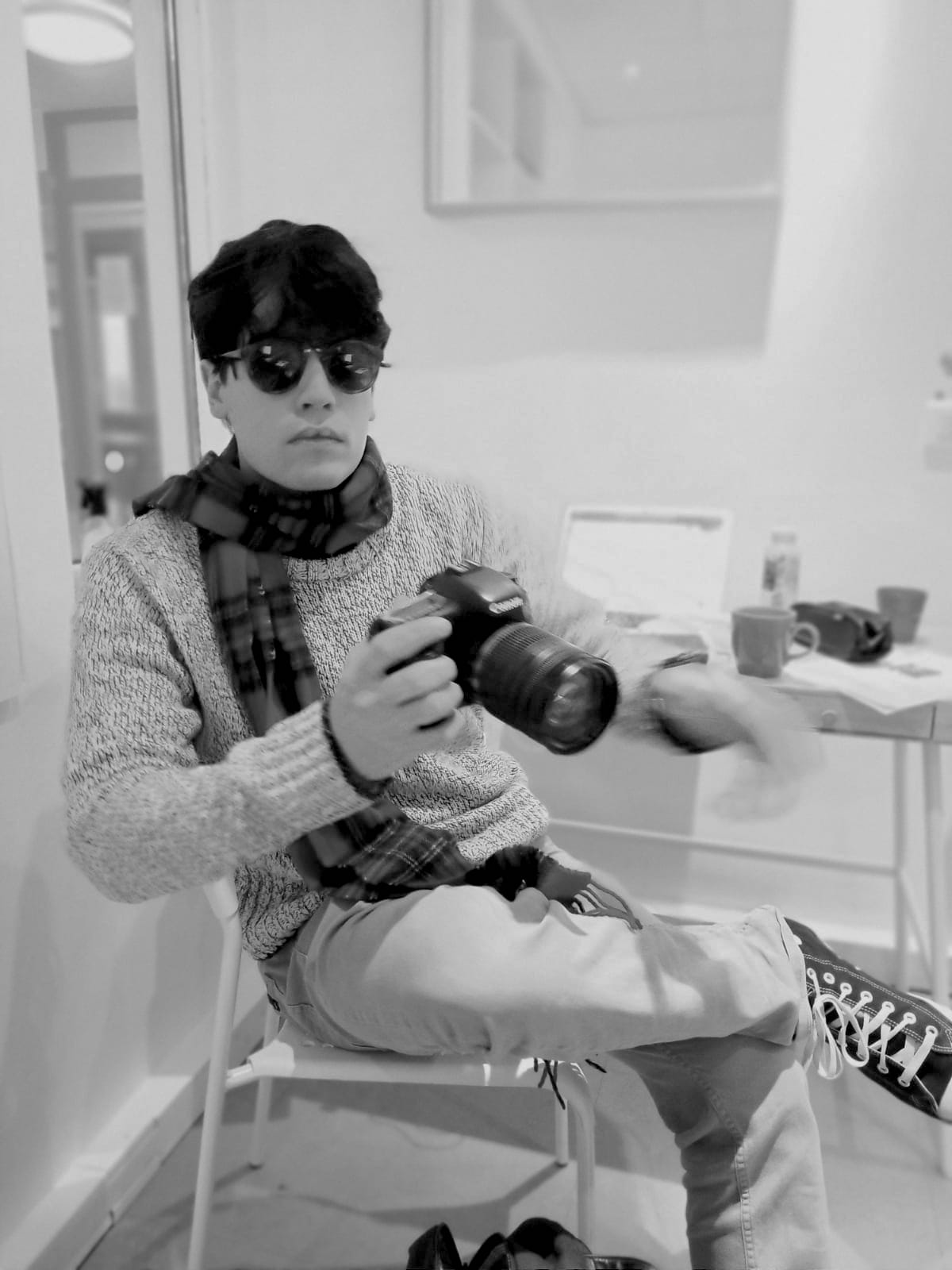 THÈSE ET CUISINE: THE NEW VIDEO SERIES OF THE MEC

It all started when Maxime Poignand, the Cultural Agent of the MEC, was talking with Alexandre Lloyd (this year’s scholarship recipient) to find a new interesting audiovisual format to use for our content.

The topic was the following: how to present the background of our residents in a dynamic and unpretentious way?

It is from this conversation that the series of videos “Thèse et cuisine” was born.

The principle is simple: Alexandre Lloyd, the presenter of the series, invites a doctoral student for a conversation in the kitchen. The guest has a double challenge: that of talking about his background while he cooks a dish of his choice with the assistance of Alexandre.

Maxime Poignand is the co-director: passionate about handheld cameras, his shots are not at all obvious. If you expect to watch traditional interviews in a long static shot with predictable cuts, you’ll be surprised.

In reality, the series follows an audiovisual language rather “The man with the movie camera” of Dziga Vertov than a boring talk show.

In an unique interview, the enigmatic artist, also known under the pseudonym of Maxime Barkowski, his gaze hidden behind his eternal dark glasses, briefly explains the process undertaken with Isabelle Senise and Alexandre Lloyd concerning Thèse & Cuisine:

“Our show,” he sighs, “has nothing to do with the mass entertainment that the public is constantly fed with.”

The tone is set. He pursues:

“Our fundamental question, if I may say so, has always been the following: how to highlight the formidable qualities of our doctoral students, and the cultural richness they bring to the House of Canadian Students?

With Isabella and Alexandre, and supported by the courageous choices of the producers at Mecflix, we had the project to offer quality content, intellectually stimulating, while offering an approach accessible to the general public of the subjects covered. This is fully assumed.

We thus combine thesis and cooking, seriousness and dilettantism, associating the highest artistic and scientific demands with the most everyday scene possible”.

And regarding their cinematic inspirations:

“From Québec direct cinema to Brazilian avant-garde artists like Eduardo Coutinho and Glauber Rocha, our approach is part of a current of total formal and artistic freedom, with a camera that literally has free rein, in order to be on the lookout for the slightest variations of thought as well as of the human soul.

Without ever being voyeuristic, we are, let’s say, humble observers. Or, if you like, the “voyants”. »

The first episode was filmed with Soufiane Telhig, who surprised even the production team itself: the resident and president of the Residents’ Committee of the MEC at the time did not just present his journey, making the whole team behind the camera burst into laughter with his unpredictable comments and questions like this line, already cult: “Do you guys believe in ghosts? “. What at first was limited to a serious video conversation about Soufiane’s thesis even gained a shot where he dances kizomba and salsa. That’s the spirit!

However, what our viewers do not imagine is that beyond the film set where we have fun and eat good food (the whole production consisting of two people loves this part), there is always a video editor who suffers. Isabella Senise, communications officer and editor of the series reveals:

“Maxime arrives at the film set with the camera in hand. He is a little bit hyperactive, and even if in everyday life he is a great gourmand, it is impressive how even the elaborate dishes of our doctoral student chefs do not distract him. He wants to film everything, from all possible angles. He takes himself for Godard, and who should deal with the consequences? Me, with three hours of raw material to work with, including super close-ups of a wart on the interviewee’s shoulder. Sometimes I want to kill him, but after about 18 hours of hard work we end up understanding the mind of this completely crazy director. After all, innovation always comes from a madman and the result is mind-blowing!”

If you are not sufficiently convinced that the series is particular, we invite you to watch the first episode of this avant-garde of the MEC.

The website of the MEC uses cookies. These allow us to personalise our content and ads to offer you an optimal experience on our site. You may choose to accept or refuse the use of cookies during your visit.
AcceptReject
Paramétrer les cookies
Manage consent

This website uses cookies to improve your experience while you navigate through the website. Out of these, the cookies that are categorized as necessary are stored on your browser as they are essential for the working of basic functionalities of the website. We also use third-party cookies that help us analyze and understand how you use this website. These cookies will be stored in your browser only with your consent. You also have the option to opt-out of these cookies. But opting out of some of these cookies may affect your browsing experience.
SAVE & ACCEPT